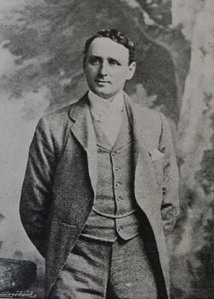 Guy Boothby (1867-1905) was born in Australia but spent most of his career in England. A professional writer, his most famous work is the Dr Nikola series – a sequence of five novels about a criminal mastermind determined to take over the world with the help of the occult. Boothby was tremendously prolific. His writing career took up only the last decade of his tragically short life, but during this time he produced over fifty novels.

Presented here is one of a handful of overtly supernatural novels written by Boothby. First published in 1899, it is typically late-Victorian in its concerns about contamination by a foreign other from the fringes of occidental Empire – in this case the eponymous Pharos, a grotesque Egyptian with a talent for mesmerism, who harbours an astonishing and deadly secret. Also included are three of Boothby’s best-known ghost stories, taken from his collection The Lady of the Island (1904).

The text of Pharos the Egyptian is from Project Gutenberg. The text of the extra stories are from ebooks at Adelaide.