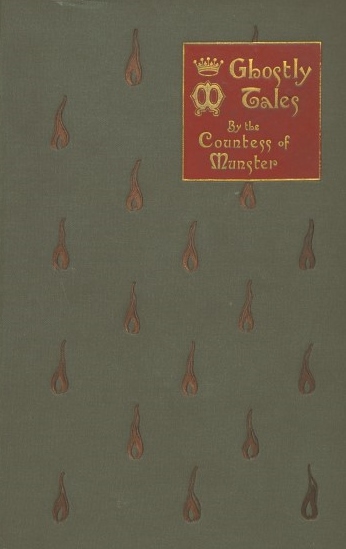 Wilhelmina FitzClarence (1830-1906), Countess of Munster lived a fairly standard peeress’s life – despite being an illegitimate granddaughter to William IV of England. As a young girl she travelled widely in Europe, eventually marrying her first cousin William in 1855. The couple lived in Brighton and had nine children.Wilhelmina’s first novel, Dorinda (1889), about a female art-thief, was praised by Oscar Wilde for its characterisation, although her second novel, social satire A Scotch Earl (1891), was less well-received. She also wrote numerous short stories and articles for periodicals, and published an autobiography in 1904.

Ghostly Tales (1896) consists of stories in a supernatural and/or Gothic vein and some (as in Isabella Banks’ Through the Night, which it in many ways resembles) are supposed to be drawn from stories recounted by its author’s family and friends. This is reflected in the milieu of the tales’ protagonists – the grand European tour, the marriage market and aristocratic country and town life. Although the collection contains several stories which fit easily into the traditional Victorian ghost story genre (most notably ‘The Ghost of My Dead Friend’) the volume contains a wide breadth of ‘weird’ or uncanny phenomena – from religious visions and animal telepathy to the narrator’s unsettling encounter with a mentally disturbed young man. 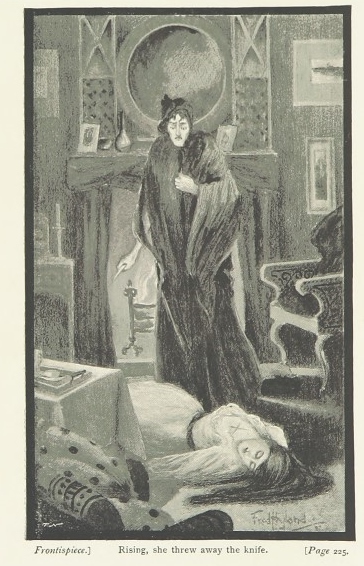 A facsilmile edition, containing a number of illustrations, can be downloaded for free from from the British Library.