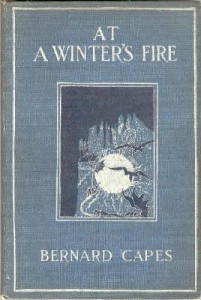 Bernard Cape (1854-1918) was a prolific writer in various genres, but is best remembered today for his highly effective supernatural fiction. Capes took full advantage of the boom in periodical literature which made it possible, for the first time on a large scale, for people to become full-time professional writers – an occupation that had previously been, on the whole, an avocation for those already possessing a private income. He died in the 1918 influenza epidemic. Largely forgotten in the following decades, his ghost stories were rediscovered by anthologists in the 1970s. 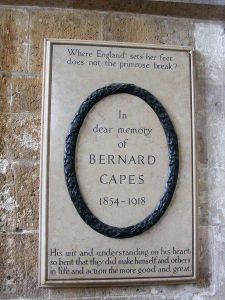 Wikipedia has interesting bibliographical information on Capes and many of his works are available via the Internet Archive. The always useful Supernatural Fiction Database has information on Capes’s supernatural fiction. His complete supernatural fiction was published by Ash Tree Press in 1998 as The Black Reaper ed. Hugh Lamb. This is long out of print in physical form, but can be bought on Kindle and at other e-bookstores. Below are formatted texts of Capes’s most famous anthology, At a Winter’s Fire (1899). Enjoy, and have a merry Christmas!

At a Winter’s Fire [Kindle]

At a Winter’s Fire [ePub]

At a Winter’s Fire [PDF]