This short novel was published in 1892 by the London firm of Digby, Long and Co. Apparently written as an attempt to discredit Theosophy, Buddhism and other esoteric religions, it tells the entertaining story of Duncan Derroll and his discovery of the occult practices that have brought disaster upon the family of his beloved Carrie Rimmon.

I stumbled across this book at the British Library last year. It’s extremely rare, being only viewable as an electronic scan even at the BL itself. I’ve transcribed the present text manually from the print on demand version issued by the British Library (I’ve checked with the library’s permissions department and apparently this doesn’t breach any copyright rules).

I’ve also made limited enquiries about the author, Thomas Malyn. Assuming this isn’t a pseudonym, The Romance of a Demon appears to have been Malyn’s only published work. I’ve identified two possible ‘Thomas Malyns’ who may be the author. One was a Chemist Manager based in Caerphilly and the other was a schoolteacher from Essex. The latter seems the most likely candidate, so here’s all I’ve discovered about Thomas Malyn. He was born in Essex c.1848, but spent some years lodging with Henry Browson and his wife at Legbourne in Lincolnshire, whilst working as a schoolteacher. By 1891, his occupation is given as ‘certificated schoolmaster’ and he has returned to Essex (residing at Braintree). He also entered the Freemasons in 1871, but appears to have left by the mid-1880s. By 1911, he had become a Headmaster, but I haven’t been able to find out which school/s he taught at. He appears to have married twice, once to Jane and, in 1893, to Margaret. He died in 1937.

Then again, the writer may well have been an obscure Chemist Manager from Caerphilly. Who can say? If anyone knows anything about the mysterious ‘Thomas Malyn’, I’d absolutely LOVE to hear from you!

The Romance of a Demon [Kindle]

The Romance of a Demon [Epub]

The Romance of a Demon [PDF] 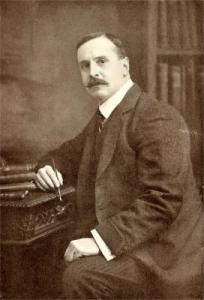